Last summer I had the chance to work on a series of video projections for the Festival d’Été de Québec, also known as FEQ. It’s an awesome music festival taking place in my hometown of Québec city. I have seen the festival evolve since I am a child and this project was a great honour for me. The project was a good challenge since 30 different looks had to be created in about a month.

The video loops were projected onto 30 feet tall “FEQ” letters. The structure and all the projections were handled by Projet Blanc.

A lot of techniques, plugins, strategies and shortcuts were used here. I started out by modelling everything in 3D in Cinema 4D, but quickly realized that even with a good machine I wouldn’t get it done fast enough. 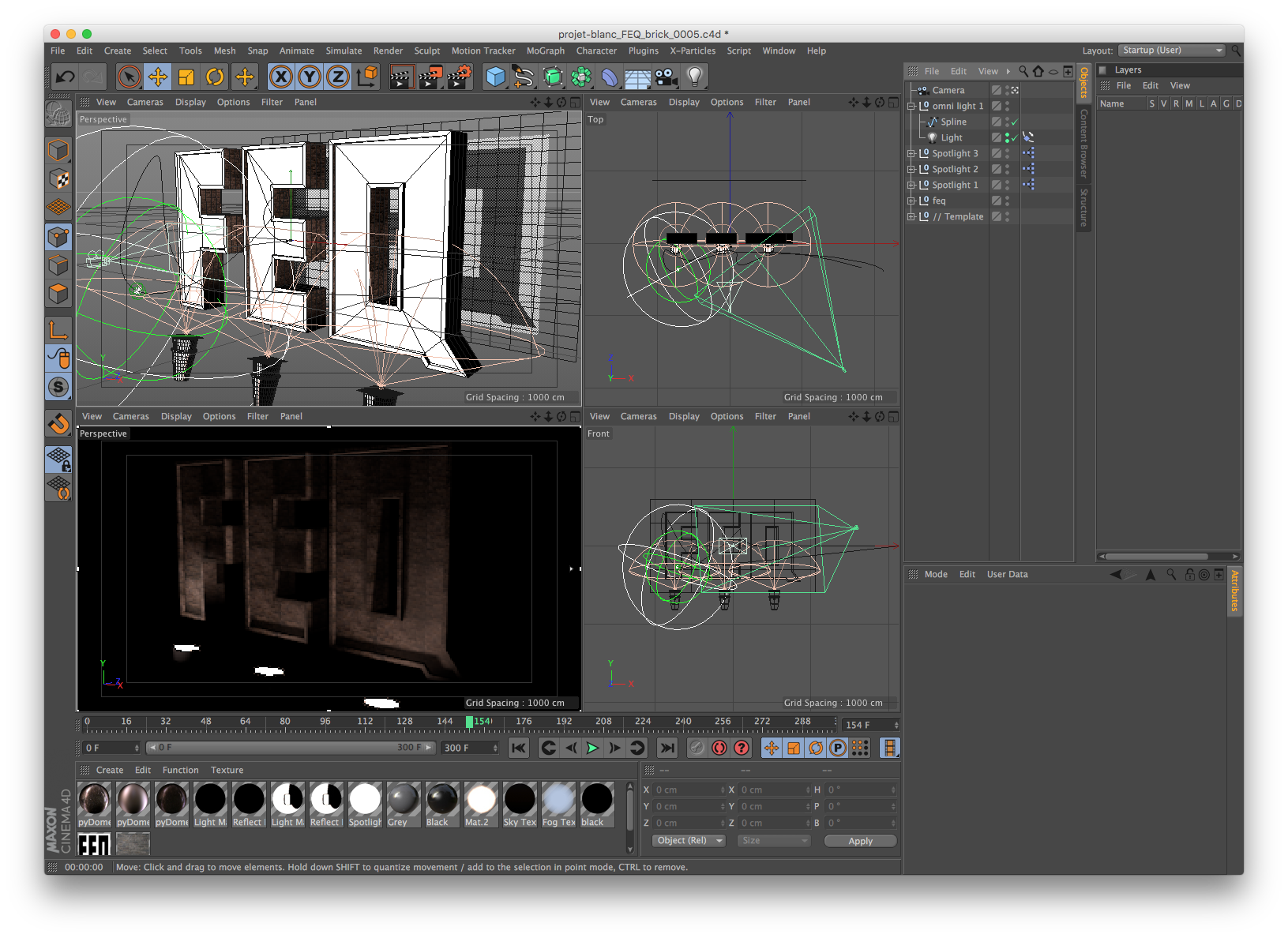 Element 3D was a very nice work around here, and allowed me to create a couple of very nice looking effects pretty quickly. 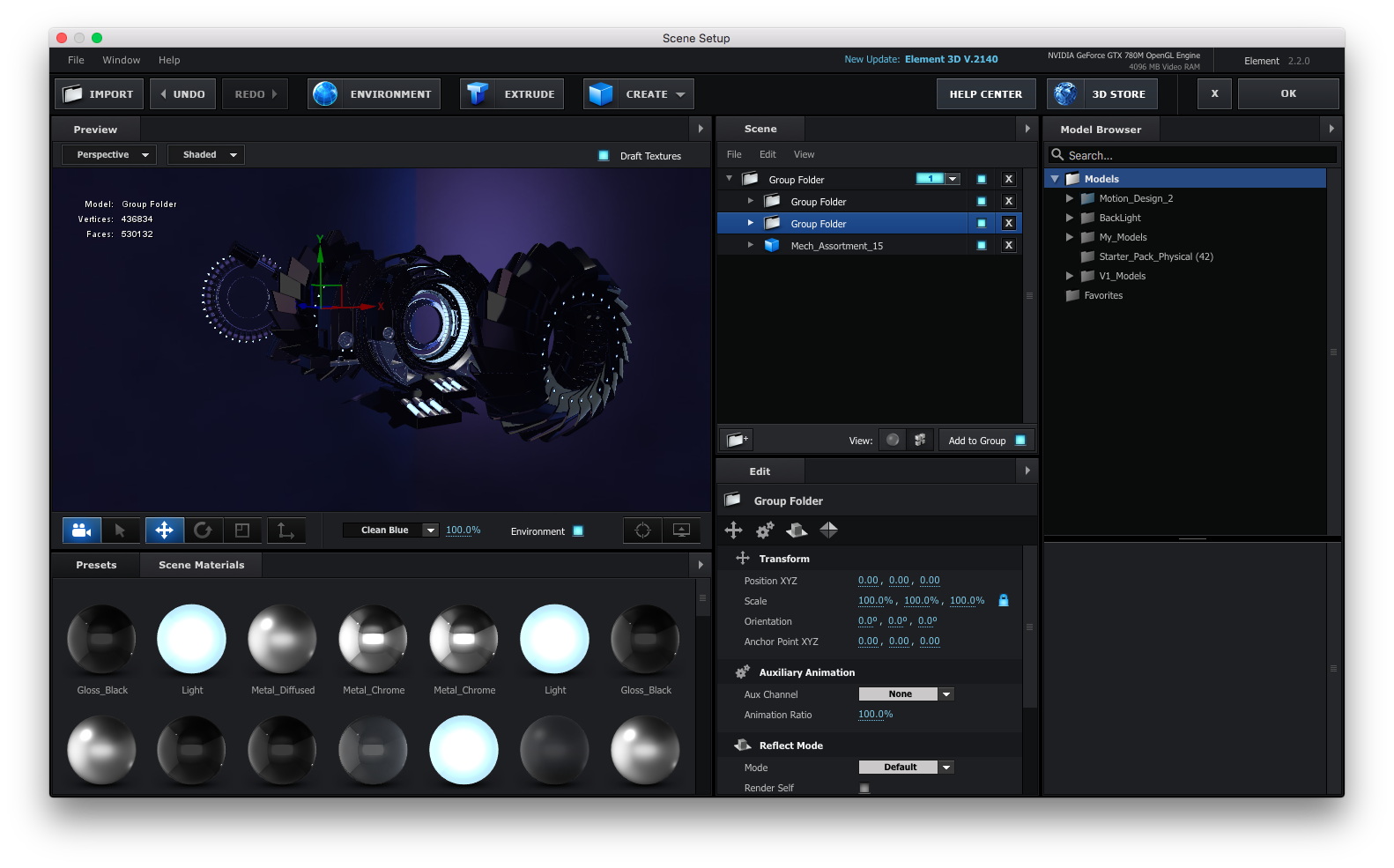 A couple of them simply used some good looking footage composited together. Special thanks to Mitch Martinez for his awesome stock. 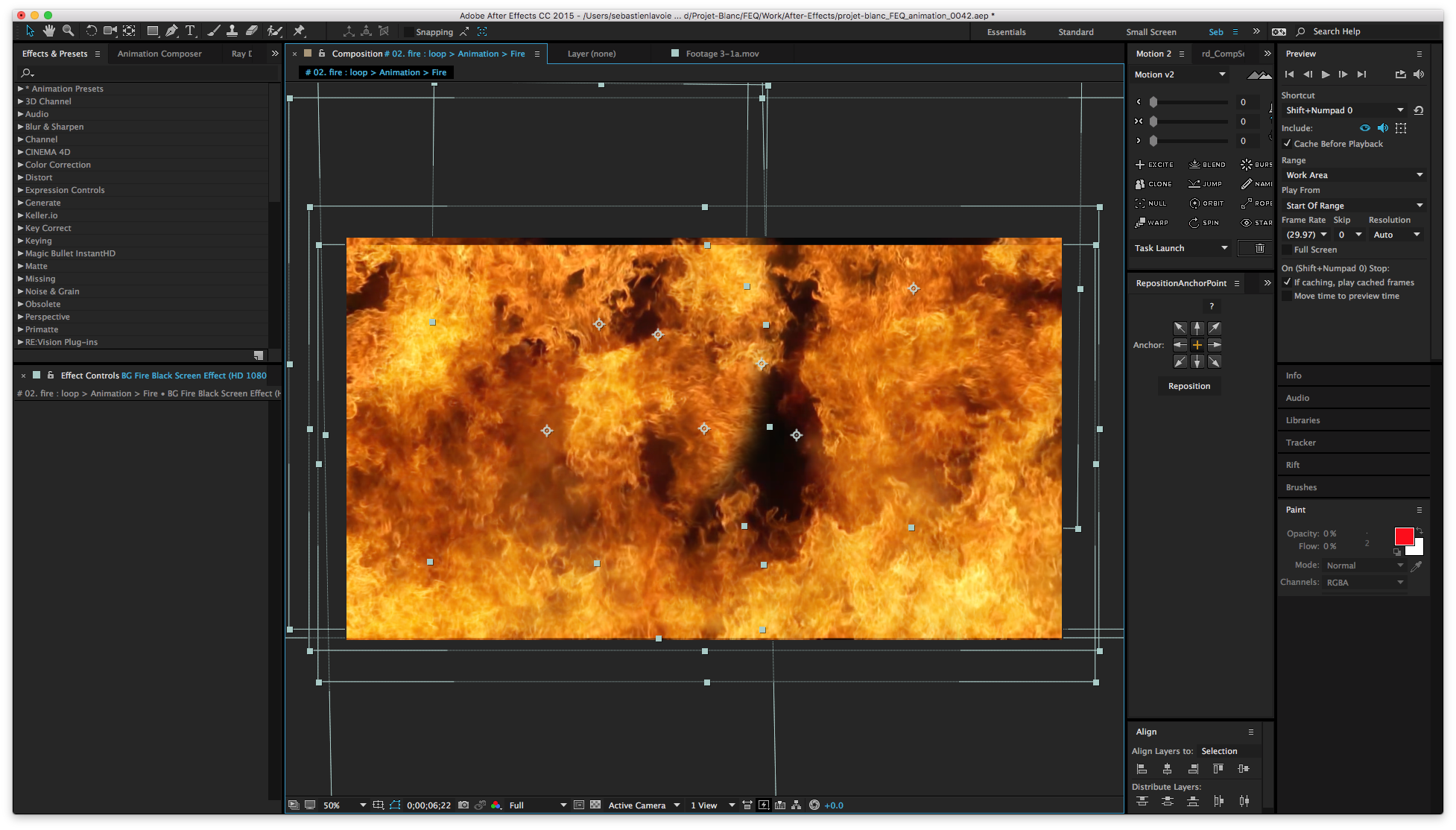 Stay organized and make a plan before you open After Effects

I have learned many things along the way from this project. This was easily my biggest and most stressful project I have had since I went freelance. If I’d have to point out the main thing I have learned from this project it would be to keep in mind that the bigger the project, the more precise the plan should be. Especially on a project in which you have total freedom. The plan is not just to comfort your client but also to help yourself focus on the right thing and not think twice about where you are and where you are heading. 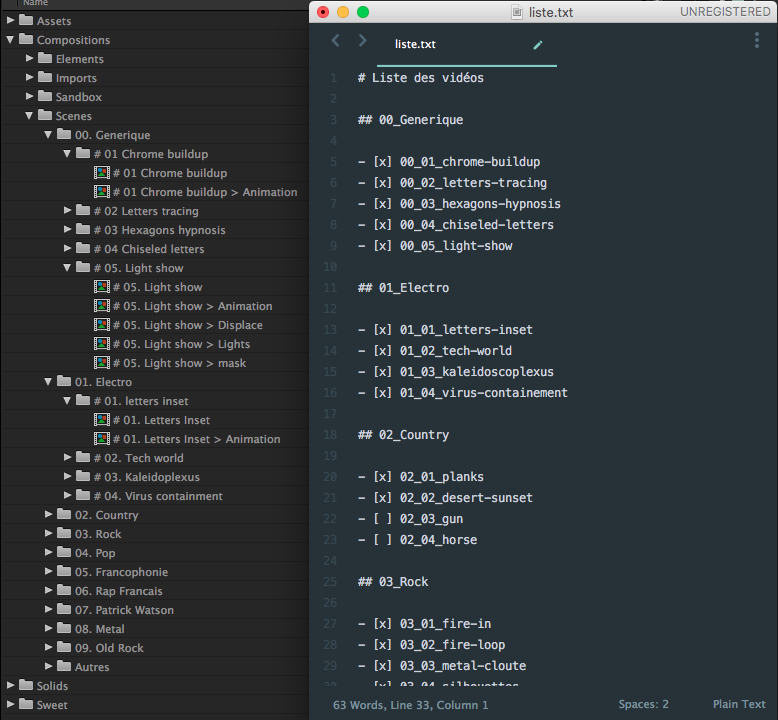 It doesn’t have to be a fancy gantt chart or detailed scene definitions. The client and I got it started by creating a google document in which we brainstormed ideas. I then created a text file to keep track of what was done and what was remaining. This isn’t meant to be a project management tutorial, but more of a reminder of the importance of having a plan. When working alone it is often tempting to just create as you go. To open the software and just start making. That will not work. Just the same as making a movie without a script will not work. It’s unrealistic and the result will suffer or cost you way more time and money than it should have.

You should not expect the software to be an extension to your creativity. The software is your camera, your microphone, your hammer. The creation and the execution and two distinct parts. Your plan, brainstorm, script, sketches, etc. is the creative part. The software becomes helpful at the execution part.